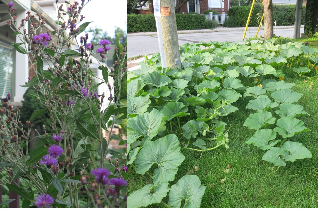 The Planning and Housing Committee will be considering a staff report on the Grass and Weeds Bylaw with recommended changes at a meeting on Friday June 11 at 1:30 pm. Bylaw changes will impact gardens on private lands.
Link to June 11 meeting: http://app.toronto.ca/tmmis/decisionBodyProfile.do?function=doPrepare&meetingId=20653#Meeting-2021.PH24
Click on item PH24.3 Modernizing Chapter 489.
While the intent is to enable pollinator and food gardens, some of the proposed changes will actually make it more difficult for people to plant these gardens, particularly for Black and Indigenous growers, newcomers and those who aren’t fluent in English.
Please consider sending an email to the Committee or doing a deputation.
Here are some points to consider including in your email:
You are welcome to use points from a detailed response from Toronto area Subject Matter Experts in your own comments.  Here is a PDF file or see text at the bottom of this page.

To make the bylaw consistent with other city priorities and initiatives: the Pollinator Protection Strategy, access to nature, storm water management, reconciliation and engagement with Indigenous peoples.